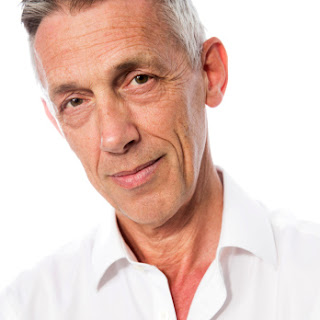 About Jonathan Bate
Jonathan Bate studied at Cambridge and Harvard universities. Well known as a biographer, critic, broadcaster and scholar, he is Provost of Worcester College and Professor of English Literature in the University of Oxford. From October 2017 to September 2020, he is also Gresham Professor of Rhetoric, delivering six public lectures per year at Gresham College in the City of London. He has wide-ranging research interests in Shakespeare and Renaissance Literature, Romanticism, biography and life-writing, ecocriticism, contemporary poetry and theatre history. He is a Fellow of both the British Academy and the Royal Society of Literature, as well as an Honorary Fellow of St Catharine’s College, Cambridge. Before moving to Oxford in 2011, he was a Fellow of Trinity Hall, Cambridge, then King Alfred Professor of English Literature at the University of Liverpool, and then Professor of Shakespeare and Renaissance Literature at the University of Warwick. He has served on the Board of the Royal Shakespeare Company, broadcast for the BBC, written for the Guardian, Times, Telegraph, New York Times, Wall Street Journal and TLS, and has held visiting posts at Yale and UCLA. In 2006 he was awarded a CBE in the Queen’s 80th Birthday Honours for his services to higher education. He has been Vice-President (leading the Humanities) of the British Academy. In January 2015, he became the youngest person ever to have been knighted for services to literary scholarship. His creative works include Being Shakespeare, a one-man play for Simon Callow, which toured nationally and played at the Edinburgh Festival Fringe prior to three West End runs, as well as transfers to New York, Chicago and Trieste. He was consultant curator for the British Museum’s major Shakespeare exhibition for the 2012 Cultural Olympiad. He is married to the biographer and novelist Paula Byrne, and they have three children. You can see details of his many books, publications and awards here. 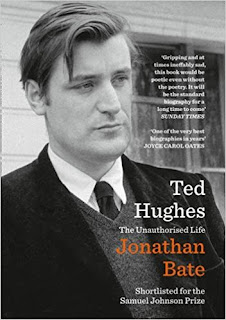 JB: I don’t think anybody should be forced to read anything and I do actually worry a little that because Shakespeare is usually first read as a piece of force-feeding in high school – the dreaded “set text” – people can be put off by reading him too soon. Better to see him in lively productions on stage or screen. But once you do read him carefully you discover what an extraordinary tool of complex communication language can be. Sometimes writers, even ones as great as John Keats, have been scared, awed, by Shakespeare’s greatness – how can I follow that? – but as long as you think of him as a tutelary deity rather than a model, then an aspirant writer should, as the editors of the First Folio say, read him, and again and again.

LW:  When did you first gravitate to the life and works of Shakespeare?

JB: I was lucky at school: great English teachers and a great drama teacher. I played Macbeth at the age of sixteen and the language got into my blood and has stayed there ever since.

LW: In 2015, you said that your central ambition for Ted Hughes: The Unauthorised Life, was to bring new readers to the works of Ted Hughes. Do you feel this ambition was achieved?

JB: Yes and no – I’ve had some lovely letters from readers telling me how rewarding they found it to read the biography with the poems open beside them. But they are not usually new readers. I think that the ambition might have been achieved more fully if the book had been completed according to its original plan, which was for a more exclusively literary life with fuller quotation from, and critical analysis of, the poetry.

LW: When writing The Unauthorised Life, were you denied the chance to print Hughes’ poetry in greater detail? And if so, did that hinder the writing of the book?

JB: To continue the previous answer: the book was originally with Faber and Faber, and would have had extensive quotation, but, since I missed my deadline for delivery it was cancelled by the Ted Hughes Estate and therefore had to be rewritten as a more “commercial” biography with a different publisher and quotation confined to so-called “insubstantial” and “fair dealing” extracts. I had to cut three entire chapters of close literary analysis – of the manuscript evolution of the early poems, the Crow project and the Birthday Letters project. And I spent many painful hours with lawyers, seeing great chunks of poetry quotation reduced to mere nuggets. On the other hand, the art of paraphrase and the internalisation of Hughes’s words and thoughts into my own prose had its advantages: don’t you think that when books have swathes of block quotation we tend to skip over them? I think the narrative felt more seamless and pacier as a result of the process.

LW: One of your next projects is a biography of William Wordsworth. How do you go about choosing your subject?

JB: One thing tends to lead to another. I first wrote about Wordsworth in a little book called Romantic Ecology, arguing that he was an important figure in the earliest years of environmental consciousness and the conservation movement. That led to a more wide-ranging and theoretical book called The Song of the Earth, developing what I called an “ecopoetics”. John Clare was central to that project and it made me see that there was a need for a major scholarly biography of him. Ted Hughes was the obvious follow-up to Clare, as a writer of the natural world. That put onto the back burner a plan to write a big wide-ranging book about the entire Romantic movement, but when I returned to that project after finishing Hughes, I was overwhelmed by the scale of the task until I had an epiphany in which I noticed that Wordsworth figured in nearly all the key scenes in the story, so it’s going to be not so much a straight biography as a book that combines Romanticism-through-the-eyes-of-Wordsworth with an argument about Wordsworth as a poet who actually made things happen, who changed people’s consciousness.

LW:  When writing, do you focus on a single project at any one time?

JB: The historian A. J. P. Taylor said that he always had one book with his publisher, one on his typewriter and one in his head. I can’t quite match that, but I do nearly always have two projects on the go (one Shakespearean and one Romantic or post-Romantic) and a third idea in gestation.

LW: Through the MOOC learning platform, Dr Paula Byrne and yourself created the Literature and Mental Health: Reading for Wellbeing course. How valuable can reading poetry or prose be during stressful times?

JB: Very: at least that’s the proposition of our little charitable foundation, ReLit, on behalf of which we prepared the course and our anthology Stressed Unstressed: Classic Poems to Ease the Mind. We’re keen to test the proposition empirically: we are in the midst of our second random controlled trial designed to find an answer. In the first, albeit small-scale, trial, the poetry group showed better wellbeing results than the placebo group, but not quite as good as the CBT-mindfulness group.

LW: When reading a poem, do other worries or problems fall away from you?

JB: For me, yes, absolutely: it is my form of meditation, concentration into the moment. Writing poetry, too: I’ve just published my first collection – a mix of revised (improved, I hope) poems I wrote as a young man and new ones that came to me in a rather surprising flow after I finished the Ted Hughes book. It’s called The Shepherd’s Hut, named for the “safe space” in which I wrote many of them – a hut by the Worcester College lake where I also wrote Ted Hughes and am writing Wordsworth.

LW: Which poems move you as a man?

JB: Wordsworth at his best, just about every poem in Clare’s Midsummer Cushion and – although it’s a thinking as well as a moving – much of Wallace Stevens. 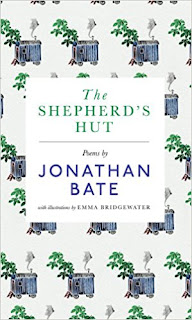 About the interviewer
Lee Wright was born in Nuneaton, Warwickshire in 1980 and has been writing both fiction and non-fiction since 2008. He is taking an MA in Creative Writing at the University of Leicester.

Posted by Everybody's Reviewing at 01:54