Review by Jonathan Taylor of "Pelt" and "Work Horses"

A version of this review was first published in Leicester's own New Walk Magazine. 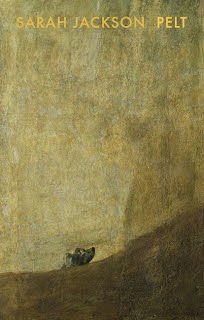 In his 1921 essay, ‘Psycho-analysis and Telepathy’ (1921), Freud tentatively suggests a connection between the ‘science’ of psychoanalysis and certain forms of ‘occultism’: 'It no longer seems possible to keep away from the study of what are known as “occult” phenomena .... It does not follow as a matter of course that an intensified interest in occultism must involve a danger to psychoanalysis. We should, on the contrary, be prepared to find reciprocal sympathy between them …. Alliance and co-operation between analysts and occultists might … appear both plausible and promising.'
In various ways, Sarah Jackson’s fascinating new collection, Pelt, might be said to take its cue from Freud’s suggestion: many of her poems, that is, seem to investigate a ‘plausible and promising’ alliance between psychoanalytic and occult imagery. In her prose poem ‘The Red Telephone,’ for instance, there mingles a Freudian, infantile wish-fulfilment with an occult, telekinetic violence:

The boy stands at the bottom of the stairs clutching an apricot in his right hand so tightly that the juice runs down between his fingers. In his left hand he holds a toy telephone. It is red plastic with a curly white cord. It rings when you pull it along the ground by its string.


The boy pretends to telephone his mother who is upstairs in the bathroom, changing her tights because she has a ladder in her heel. Fall down, he whispers. Fall down. And I swear to you, when her kneecaps crack the bathroom tiles, the small red telephone rings.

Jackson’s poems often seek to visualise such moments of psychic violence between parent and child; to give another example, in ‘What Daddy Built,’ the daughter, ‘wanting to be still-small ... climbed inside the doll’s house / that Daddy built’:


You stroked its door, finger-felt its floor,
placed your cheek on glossy gables. You ran your tongue-tip
all up the walls, bit down, the wood splinters sweet, cool.


You licked the shiny red roof and it was so slick it slid nearly
deep inside you. Truly, you could eat this doll’s house that Daddy built
or it could eat you ....


Finally you slept,
your head in the kitchen window, a doll in your teeth.

The eroticised imagery here demonstrates a brave willingness to tackle some of the more disturbing aspects of Freudian and post-Freudian conceptions of father-daughter relationships – what she calls elsewhere ‘the watery / secrets of daughters’ – and this is a bravery which distinguishes much of Jackson’s poetry. The poem visualises an erotic and nostalgic desire for a lost union with the father, symbolised by the doll’s house ‘that Daddy built’ – a desire, that is, to be ‘still-small’ and un-alienated from the close bonds between father and daughter of early childhood. Concomitant with this desire, though, is a kind of violence: the longing for union with the father is also a longing to be ‘eaten,’ or consumed by the doll’s house; and, in this respect, the poem demonstrates that psychic self-survival for the daughter becomes a matter of eat-or-be-eaten: ‘Truly, you could eat this doll’s house that Daddy built / or it could eat you.’ As with many of her poems, Jackson exposes the Darwinian subtext of the Elektra and, indeed, Oedipus complexes: self-survival becomes a matter of psychic violence towards ‘the other.’

Such psychic violence, then, is part of the child’s experience in splitting from the parent; and, although this violence is usually repressed in the unconscious, Freud argues that it can be glimpsed in displaced and symbolic form through dream imagery, and, indeed, in the work of ‘creative writers and day-dreamers.’ In much of Jackson’s collection, poetry takes on the mantle of the Freudian dream-work, and becomes ‘the royal road to the unconscious.’ In Jackson’s imagery, we glimpse, in displaced form, the desires, horrors and, indeed, occult-ish forces of the unconscious. As Freud makes clear in late works such as ‘The Uncanny’ and Beyond the Pleasure Principle, the unconscious is the place not only of repressed desires, but also of the irrational, of ‘primitive’ rituals and superstitions, of the infantile and occult-ish belief in psychic omnipotence – of, that is, the infantile and occult-ish belief in a kind of psychic power, which might make a mother fall to the bathroom floor just by wishing it. 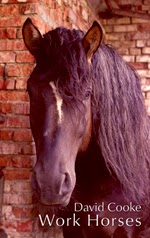 If Jackson’s collection is primarily about the vengeful psychic violence exercised by children on their parents, David Cooke’s new collection, Work Horses, might well be read as its mirror image, in its recurrent concern with the attempts by parents and, indeed, past generations to control the future. Whilst Jackson writes about the ways in which children split from their parents, Cooke’s recurrent concern is with the attempts by parents and, more generally, past generations to control their offspring. Throughout the collection, fathers, teachers, priests and rulers loom large, attempting to shape the future in their own image. In ‘Faith of Our Fathers,’ for example, Cooke writes of his Catholic heritage:

The creed we’d inherited, it was unambiguous
and always claimed us as its own ....


Behind it all were generations
who had prayed like us and chanted,
professing faith in our creed.

Sustained by desperation and the certainty
that human ties will cease,
they had sought continuance,
their dreamscapes

This seeking after ‘continuance’ on the part of past generations – past ‘fathers’ – is a recurrent concern of Cooke, and in poems like ‘St. James Primary, Reading,’ he feels ‘swamped / by history’:


In our tiny enclave we were swamped
by history: a Victorian church,
where we crocodiled to Mass on Wednesdays,
interceding for the re-conversion of Russia ....

Boys and girls, we never discovered
the mysteries of the others’ playground,
but chanted tables daily –
our paean to the god of rote learning.


In this poem, there is no release from the past, from ‘rote learning,’ history and religion; other poems in the collection, though, do offer poignant moments of resistance, in which the future tries to escape from the shadow of history. This is Cooke’s strength: his ability to encapsulate powerful moments of tension between past and future, both on political and individual levels. The poem ‘Shadow Boxing’ deals with the latter, recounting an episode from childhood when Cooke was persuaded by his father to take up boxing:


I, too, might have been
a contender when I did my stint
in the ring, my dad convinced
I had the style and the stamp of a winner.
But in the end I just got bored.
You had to have a killer’s instinct
to do much better than a draw.


If, in this stanza, the poem captures the moment that Cooke gave up boxing – and hence moved away from his father’s desires – the final stanza generalises the experience into a metaphor about father-son conflict:


In the gym the lights are low.
It’s after hours. I’m on my own ....
Shadow boxing
like the best of them, I will show
him feints, a classic stance,
trying always to keep up my guard.


Shadow boxing here becomes a powerful image of the relationship between father and son, past and present: an image of reflection and resistance to an absent figure. The father figure may be gone, but is still there – to be echoed and resisted – in shadow form.


Absent-present father figures haunt Cooke’s collection in other forms as well. In ‘The Bronze Horseman,’ the father of St. Petersburg, Peter the Great, haunts the future not as a shadow, but as a statue:

Gazing implacably into a future
that only he has willed, he is seated
squarely on his mount in what might be heroic
poise, or a pose of self-aggrandizement.


The rider might be ‘about to fly,’ Cooke writes at the end of the poem, ‘were he not restrained / by the invisible ropes of the air.’ The poem, that is, both acknowledges the power and grandeur of the statue, whilst also undercutting its hubris: despite appearances, it cannot defy gravity, and nor, by extension, can Peter really ‘will’ the future in his own image. The subsequent poem, ‘An Irish Maid in St. Petersburg,’ makes this even clearer, providing a satirical counterpart to ‘The Bronze Horseman’:

until the heart was put
across her by the vision
of a horseman leaping a rock,
who it seemed was only a statue,
a fool of an emperor called Pater,
Pater the Great, or something like that.


Though his statue can still momentarily put ‘the heart / across’ the viewer, this is hardly the future willed by Peter the Great: rather, this is an Ozymandias-ish future, where Peter is now ‘only a statue’ and a ‘fool’ whose name is not even remembered properly. This is a future where ‘fool’ and ‘Pater’ – that is, of course, ‘father’ – are compounded. This is a future which has wholly escaped from the father’s shadow.

Jonathan Taylor's books include the novel Entertaining Strangers (Salt, 2012), and the memoir Take Me Home (Granta Books, 2007). His website is www.jonathanptaylor.co.uk.

Posted by Everybody's Reviewing at 08:16