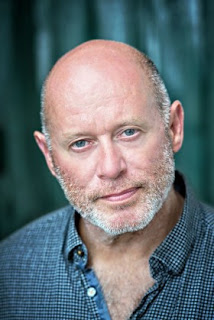 Kevin Fegan, playwright and poet, has written to commission over 50 original stage plays produced for a wide variety of theatre, including several award-winning plays. He has also written several plays, a Classic Serial and a Woman's Hour Serial for BBC Radio 4 and worked as a Storyline Writer for Granada TV’s Coronation Street. He has published ten collections of poetry and edited several anthologies. His latest play was The Palace of Varieties – Life and Times of Dennis Skinner M.P. for Derby Theatre in 2022. Visit Kevin's website for further info and examples of his work here. 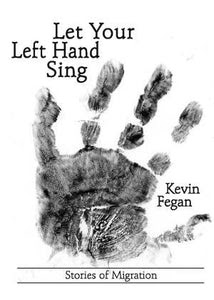 RR: I’d like to start asking about Let Your Left Hand Sing. How did that project come about and what inspired you to write it?

KF: It was a Long Journey Home commission to collect stories of migration, how and why people came to live in the East Midlands. The brief was to interview people and select one story from each of the five counties. I decided to write a book-length poem, hanging the five stories on my own family story of Irish parents coming to live in the region. I was born left-handed but forced (by my brothers) to write with my right hand. I used this as a metaphor for dual heritage – in my case, English / Irish (left / write).

RR: How did you develop your characters for LYLHS?

KF: All the individuals are real people – Tarasz was literally my next-door neighbour in Nottinghamshire. I widened the theme of migration to include life-sentence prisoner Paul, who had recently been transferred to Boston Prison, Lincolnshire. Paul was a Miscarriage of Justice case who I had met while working as Writer-in-Residence at Grendon Prison. I was campaigning for Paul’s release at the time. It was my job to give a voice to these individuals, which is why I decided to write them in first person present tense, as if they were talking to the reader.

RR: In this - as well as your other work - how do you ensure you develop authentic and unique voices for your characters/ speakers?

KF: When I interview an individual, I have to try and capture the essence of that person by carefully selecting material and structuring it. Verse is often the best way to do this because it is heightened language. You have to be a good listener. I seem to be especially drawn to voices that aren’t often heard. There is a sensitivity and a responsibility to this. The real endorsement of my work is when the person concerned feels that I have captured their story, even when it is painful to hear.

RR: In a lot of your work, you seem to focus more on the untold experiences of others. Is this a conscious decision to do so? What draws you to this?

KF: I want to learn as much as I can about human nature. Writing about other people influences how I lead my own life. Writing has made me a more tolerant person and I am grateful for that. I don’t want to be one of those writers who can only write about writing and themselves. Playwriting has helped me to live in the moment and poetry to treasure the experience. As a playwright and poet, it is natural for me to explore the cross-over between the two. I’ve invested in my poetry what I have learned from my playwriting and vice versa. My poetry is often character or situation based – I specialise in book-length dramatic poems. My plays are often in verse – sometimes I will write a full-length play in verse, if it is the best way to represent the subject matter.

RR: In LYLHS, there are mentions of different communities, and that sense of a need for belonging.  How important do you think that is for migrants / immigrants?

KF: People who have been displaced naturally want to preserve their cultural identity. At the same time, they are trying to find ways to belong to their host nation. Second-generation migrants (like me) are born in the host country but raised to feel they still belong in the culture of their first-generation parents.

RR: You also seem to have focussed a lot on communities in your work. Do you feel that a sense of community is dissipating?  Do you think we are (unfortunately) living more separate lives than, say, 30 or 40 years ago?

KF: I don’t think communities are disappearing, they change as culture changes. I don’t see that people are leading more separate lives. Even when communities are deliberately destroyed, new communities evolve. We are tribal creatures, for better or worse.

RR: Could you tell me about your involvement with the project “Our Corby,” and the collection The Singing Tree? I always find there is a strong sense of community in the town.

KF: As part of the “Our Corby” project, I was commissioned to write a collection of poems representing the many diverse communities in Corby. Again, I interviewed people in those communities, before selecting one story from twelve different communities. One final poem, “English as a Second Language,” is inspired by an ESOL class where many of these communities come together. I love being in the company of people from all over the world and feel privileged to tell their stories.

RR: Could you tell me about your more recent projects, please? Are you currently working on anything new?

KF: My most recent play was The Palace of Varieties – the Life and Times of Dennis Skinner (Derby Theatre 2022). I interviewed Dennis and people from his constituency before writing the play. I’ll often find something in common with the person I’m trying to represent. With Dennis, it was a mutual belligerence and sense of injustice. My current plays are a community musical, On Yer Bike Solihull, as part of the Commonwealth Games festival in the West Midlands in 2022, and Captain Blood’s Singular Circus, a site-specific community play for Belper, Derbyshire where I now live, in 2023.

About the interviewer
Rob Reeves is currently taking his PhD in Creative Writing at the University of Leicester. His thesis focuses on isolation and alienation in modern society. He has been running a spoken word night, called Run Your Tongue, since 2014 which is now based in Leicester.
Posted by Everybody's Reviewing at 11:57