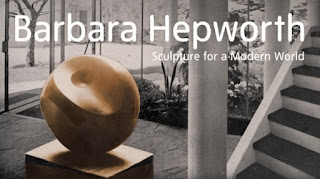 I went to see ‘Barbara Hepworth: Sculpture in the Modern World’ at Tate Britain. Easily ranking in my favourite 3 sculptors ever, this is the first proper retrospective of hers I’ve seen (I’ve seen a fair bit of her work, but only as a single piece/pieces in a museum’s larger collection). 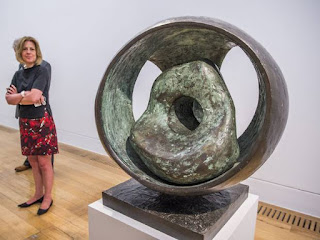 I. WAS. BLOWN. AWAY. Work that I’ve only ever seen photos of, in the flesh is a whole other experience, it’s not just that the early stuff, whether its wood or stone, is just superb, the forms and composition of the work almost ethereal in their realisation, it’s the sheer skill at carving that absolutely drops the jaw not only in admiration but utter enthrallment. 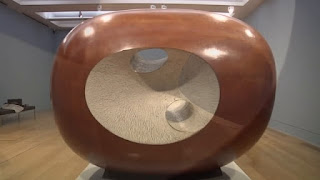 It’s the scale of the work too, (at the entrance of the exhibition is an example of her late bronze work, giving the impression of an unspoken promise of something monumental to come) especially the “guarea” pieces that make you stop, hold your breath, forget to breathe, then gasp audibly and make you something of a babbling fool wondering how it’s even possible to think of the idea of the sculpture let alone the execution of it. 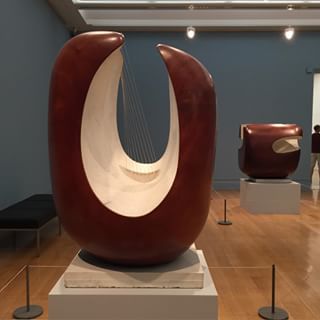 I felt like those chimps first being confronted by the monolith in 2001: A Space Odyssey, honestly, I just cannot convey the sheer physicality of the work in words, there were pieces by other sculptors/artists to give context to her work (inevitably including Moore, Nicholson and Skeaping), and there’s also a film documentary as part of the exhibition which goes a long way to showing the emotional content to her work.  For more info click on the link below:
http://www.tate.org.uk/whats-on/tate-britain/exhibition/barbara-hepworth-sculpture-modern-world 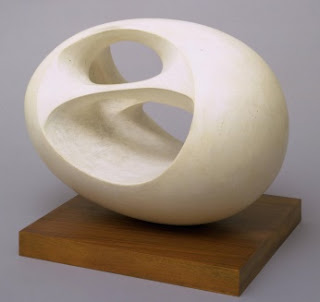 About the reviewer
Dips Patel is a graduate in Graphic Design which means he can colour in without going over the lines and when he does he makes it look deliberate, cool and edgy. He much prefers fine art where the art of talking nonsense is finer still allowing him extremely moderate success in introducing his work to a wider audience. Hobbies include reading stuff, watching stuff, commendably misguided attempts at painting stuff and consuming copious amounts of coco pops, clementines, curries, cakes and cocktails, not all at the same time which is frowned upon in polite society.

Posted by Everybody's Reviewing at 09:37