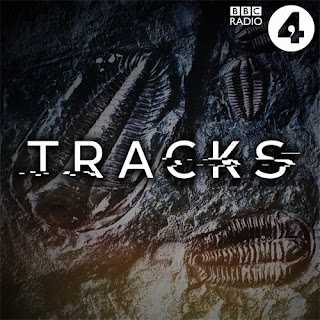 Matthew Broughton has written widely for TV, film, radio and theatre. His most recent work for radio includes the award-winning series Tracks, and the comedy-drama Vincent Price and the Horror of the English Blood Beast, both for BBC Radio 4.  His website is https://matthewbroughton.wordpress.com/

LW: How did you first come to write, and what was your breakthrough moment as a writer?

MB: I can’t remember a time when I didn’t write. It started happening at a very early age, and the writing was always drama, scenarios, characters, and dialogue. Not prose or poetry. Things have generally happened by gradations, but there have been several moments along the way that have felt like a palpable step forward. When no one else was interested, a London fringe theatre company staged a play I sent them, then made me writer in residence. From that series of plays I got representation; getting my first film and TV commissions; working with Complicite (British theatre company); getting a screenplay filmed and broadcast for the first time (it appeared on the launch night of BBC 4). Also, I came very late to audio drama, but as soon as I started writing for the radio I felt immediately at home, so that first Radio 3 drama commission was a step forward moment too.

LW: You’ve written for TV, film, radio and theatre. Could you tell us about the different genres, and which you have most enjoyed doing?

MB: Essentially, if you’re doing it right, they’re all the same. They all concern creating interesting characters, scenarios, compelling images, dialogue, and story. The only differences between them are purely technical. I enjoy them all and wouldn’t want to choose between them, but each in its way has challenges too. Here’s what I like or find interesting about each one …

For me, film is about placing characters in a landscape/world. Less is more, and at best it can feel mythic and pure.

TV is very immediate, detailed, and often more disposable. When a large audience engages it can be intense, thrilling, and satisfying.

Theatre is alive and the work constantly changes and evolves over a run. The drama lives and breathes in the moment, and a play is never finished, the work never complete.

Radio has the writer at the centre of the experience working closely with the director/producer and actors. And the relationship with the listener is very intimate. You’re whispering into ears. Writer and listener make a pact to create the images between them. Imagination meets imagination. We meet half way.

LW: Your radio drama, Vincent Price and the Horror of the English Blood Beast, was a fictionalised look behind the scenes of the movie Witchfinder General and the working relationship between the American horror actor and British director Michael Reeves.
How long did you work on this drama for and how did you first come up with the idea?

MB: The Witchfinder play happened very quickly. A drama that had been commissioned for the Radio 4 Saturday afternoon slot was withdrawn late in the development process, meaning a gap had opened up (which is incredibly rare – it never happens). I was asked if I had any ideas to fill the space.  I’d always loved and had an interest in the Witchfinder General, and I’d enjoyed the legendary stories surrounding its creation. The world of the British Film Industry in the 1960s was pretty fascinating too!  The relationship between Vincent Price and Michael Reeves struck me as tense and creative. A fascinating clash of culture, generation, outlook, and personality. It also seemed very funny too.

The film that resulted from the tensions, I felt, had a kind of gamey magic. Even though it’s now a bit dated, it still transcends its genre and touches on deeper, darker fears in ways that are unexpected and provocative. There aren’t many films that achieve that alchemy.
I thought it would be good to explore and understand how that unlikely magic was achieved and felt that, like the film itself, a drama about it could be larger than the sum of its parts.
I’d made notes on the subject long before I knew what I might do with them, so dug these out and developed them into a brief pitching treatment for R4 commissioning. (My notebooks are filled with ideas, and half-notions for stories like this, you never know which ones are going to fly until they do).

The Radio 4 commissioner offered me the slot and, with time being tight, I researched and wrote the play in 2 or 3 drafts over a few weeks. The process included visiting the BFI library, looking through Michael Reeves’ own scrapbooks and notebooks, speaking with his friends and colleagues, including some of the actors and crew from the original film; reading every available book on the subject, and watching lots of related film material from the era.
It was an energizing period and very enjoyable.

I’ve worked on a number of projects over the years where real-life people are the subject: Keith Moon, Oliver Reed, Charles Manson, Marvin Gaye, Frank Zappa, Salvador Dali, and others. It’s challenging, but rewarding to get under real skin, and to try to inhabit real voices and lives.

By the end the Witchfinder experience I felt I’d got a handle on "Vinny Price and Mike Reeves." Both were driven characters of great talent, and both were vulnerable, insecure, and fragile too. Reeves was so young (he died aged 25) but had such amazing focus and ambition, and was so accomplished in his filmmaking that he seemed much older. But, looking through his scrapbooks, and seeing how he’d glued in his reviews and made little notes beside them, you could see his youth, enthusiasm and aspirations shining through. It was relatable, and very touching.

So, the play grew out of a curiosity in the subject matter, the opportunity of the cancelled play, and the discoveries made during the research.

LW:  What does a “typical” writing day involve for you?

LW: Have you ever attempted to write a novel?

MB: No. And hadn’t thought about it until recently, when I was asked if I’d consider writing Tracks, my radio series, as a novel. (I’m still undecided). I think I do have an idea for one now though, so perhaps one day …

LW: What advice would you give to someone hoping for a career in writing?

MB: Do what you have to do.

About the interviewer
Lee Wright was born in Nuneaton, Warwickshire in 1980 and has been writing both fiction and non-fiction since 2008. He is taking an MA in Creative Writing at the University of Leicester.
Posted by Everybody's Reviewing at 13:49