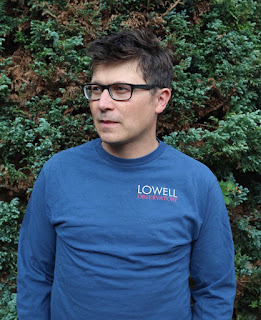 Ashley Lloyd Smith is a drama graduate of Aberystwyth University and a current MA student in creative writing at the University of Leicester. He has written plays, micro-fiction, three children's novels and his adult novel, Pizza with Jimbob & Twoforks was published by Cinnamon Press.

Q: What are the themes of your novel, Pizza with Jimbob & Twoforks?

ALS: The novel is essentially the paranoia's of modern living lumped into one man's life over six months. It's about why people want to kill themselves and what might or might not stop them. It's about the freedom of living as we want to in the West and what can happen to the psyche when we embrace that. It could also be read as a ride through my head and life of the last twenty-years. Which is frightening.

Q: How would you describe your novel to people quickley?

ALS: A black comedy starring a Good Samaritan with a shady past.

Q: What would you not do again, as a writer?

ALS: Send anything out until I've got it as good as i could. I gave a writer my novel. It was in a terrible state at that point and I am seriously embarrassed I did that. On the other hand, getting people to read your work as much as possible for feedback is something I would encourage.

Q: Why did an MA in Creative Writing appeal to you?

ALS: I know a few people who have done such courses and loved it, got a lot out of it. Jamie T who runs Word Wise in Derby was very pleased with the MA he took part in. He's most famous for performing poetry at Derby County home games, so fingers crossed the MA will lead to a cheering audience of 30,000! But I want to expand my abilities to get closer to the kind of writing I enjoy myself. Not to impersonate it, but to get the depth and range that writers like David Mitchell, Milan Kundera, Salman Rushdie, Italo Calvino all manage. Or at least to feel a bit of the brilliance of Douglas Coupland. By the end of the year I want to be so entrenched in a way of living my life as a writer that I'll be able to keep it up for life.

Q: What novel would you recommend?

ALS: The Outsiders by SE Hinton. A teen novel but I've never read anything that captures the visceral as well as this. 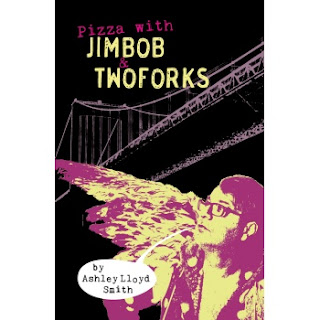