Review by Peter Raynard of "The Underlook" by Helen Seymour 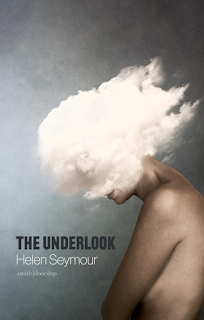 In Helen Seymour’s fantastic debut collection, the poems fizz with controlled anger, satire, and surreal examples of how we navigate a society that constantly dehumanises disabled people.

A lot of the poems echoed my own experience as a disabled person: ending up in A&E and being asked your level of pain from nought to ten: "you have to say nine; if you say ten they think you’re being over-dramatic." Or, feeling disembodied when your condition is being described by a health professional, as Seymour describes in a sequence of short prose poems, "24 Hours in A&E": "Before they clean the blood off, they lever out the driftwood," and in the list poem "Spinal Fusion," where each line begins "the patient will …"

There is a central sequence, "Where is Hugo," about an abduction of a pig by a vegan, with a stand-out sestina "Chase the Forest," which like a number of the poems leaves you breathless with its pace and message. In "My Time in the Hospital," Seymour subverts the idea of passivity, with short lines and direct tense: "Mate, mate - / honestly - / I’m breathing with three lungs."

The most shocking poems are where Seymour rearranges the words of official reports, which further demonstrates the alienation of disabled people. In "Case dismissed of Slaying of Deformed Baby," a baby with a cleft palate was thrown to the floor at birth, and the perpetrator unpunished. The jolting juxtaposition of the words reflects society’s cognitive dissonance and lack of accountability: "Slammed one. Slammed seven. Bring in a realizing. Murder appealed the murder. Sustain."

Seymour utilises the surreal and satire to face up to such injustices and there is much arresting imagery; "I’m sucking in the air of a bouncy castle / breathing in the bumps." Not only is this an impressive debut, it is an impressive and urgent collection, full stop.

About the reviewer
Peter Raynard’s two books of poetry are Precarious (Smokestack Books, 2018) and The Combination: A Poetic Coupling of the Communist Manifesto (Culture Matters, 2018). His third book Manland will be published by Nine Arches Press in June 2022.

Posted by Everybody's Reviewing at 04:52